Ellen McGrath Smith: I want to put on a show like a Congressman

until someone unleashes their alpha,

and the humans rush in to do the rough equivalent

of calling their elected representatives,

pulling their furbabies apart from the core of the fur-fight

where they’re only their teeth now,

spikes in the grips of the nasty, brutish, short

life they left behind for our couches.

Most times, it is settled, though I’ve seen humans

start their own fights, by contagion or the tension

from the just-ended dog fight.

That’s when someone calls the cops.

In this scenario, for scale, the cops are the Supreme Court,

of the Bodhisattva. Is that the problem right there,

that we elevate the law and its agents

to the point where our jaws drop

with paws and pointed teeth,

loyalty and jealousy, a desperate

dependence on a regulated life? 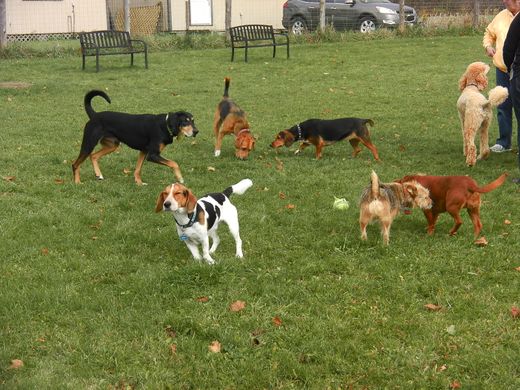 An Autumn morning at the dog park