His was not a judicial temperament. It was the unhinged ranting of a right-wing ideologue who should not be allowed to serve as an associate justice of SCOTUS.

Many moons ago, I was an undergraduate at Georgetown University in Washington, DC. From the start, I was struck at the number of classmates who had come from the same high schools, still hanging out with each other and maintaining versions of their same old cliques.

There were lots of guys who went to Loyola School or Regis High, both on New York’s Upper East Side and, like the university, each offering a Jesuit education. In downtown Manhattan, there was Xavier, just a few blocks from where I’m writing this, which not only was Jesuit, but in those days a military school (I always wondered what the Jesuits were doing with all that military training – planning for a new round of the Crusades?) One of Xavier’s alums, by the way, was Supreme Court Justice Antonin Scalia.

Then there were the guys who had graduated from Brett Kavanaugh’s alma mater, Georgetown Preparatory School, the high school affiliated with the university, both established in 1789. Because most of them were from the Washington area, few of the Georgetown Prep grads lived on campus but they showed up at mixers and other parties.

Not to lump them all together, but you know the type – many were privileged and behaved in an entitled, arrogant manner, infected with a classic “bro” attitude fueled by arrogance and heavy beer consumption. They could be bullying jerks and when it came to women, simultaneously aggressive, insensitive and uncomprehending.

Over the ensuing years, the blood alcohol levels may have dipped somewhat but I can’t help but believe that in many of those guys, the attitude remains deep to the bone. And now, after an additional day of US Senate hearings, one of them is on the cusp of being confirmed to a lifetime seat on the highest court of the land.

To be fair, conservative Supreme Court Associate Justice Neil Gorsuch attended Georgetown Prep, too. But during his confirmation nothing like the alleged incidents that have dogged Kavanaugh ever emerged and he was quickly approved. There was a lame joke about Gorsuch being founder and president of a non-existent Fascism Forever Club on his senior yearbook page but that was about it.

Kavanaugh’s yearbook, on the other hand, reveals a plethora of infantile jock jokes about booze and sex from him and his pals, including repeated double entendre jibes aimed at a young woman named Renate at another school. He now says that he and his buddies “cringe” that they did this kind of thing but that the references to the woman were made out of respect. Sure they were. So why does she say the comments were “horrible, hurtful and simply untrue?”

There were three stages to Thursday’s Senate hearing on the first of the drunken sexual misconduct allegations made against Kavanaugh. The session began as an embarrassment, a circus, a sham. The outcome had been pre-determined by the White House, Judiciary Chair Chuck Grassley and his fellow Republican senators days before and was buttressed by the denial of a further FBI investigation (a decision reversed on Friday, for a week at least), and the refusal to invite to a hearing – or to subpoena – other witnesses (especially Kavanaugh’s Georgetown Prep pal Mark Judge).

Part of the rigging was bringing in Rachel Mitchell, a sex crimes prosecutor from Arizona, to ask the Republicans’ questions so as not to expose them for the out-of-touch, misogynistic gang they are (too late, boys). There were strict time limits on questions and even the insistence on a smaller hearing space to restrain the press and keep the public out of the room.

But then Christine Blasey Ford began to testify, and she spoke with simple, powerful conviction and an unshakeable adherence to the facts of her trauma that the prosecutor could not crack.  She was “one hundred percent” certain that Kavanaugh had been her assailant, his friend Mark Judge in the bedroom egging him on. “Indelible in the hippocampus is the laughter,” the trained psychologist said, “the uproarious laughter between the two. And their having fun at my expense.”

A friend of mine says that when she was a kid, a teacher once told her she was “braver than a boy.” That was Dr. Blasey Ford on Thursday, braver than any male in that hearing room, pushing back against her own tension and severe anxiety because she thought it was her duty as a citizen, not to achieve some partisan victory. In doing so, she gave heart to countless women who have suffered the humiliation and emotional pain of harassment and assault.

Then Judge Kavanaugh appeared and turned the same room in which spectators had wept upon hearing his accuser’s story into a spittle-flecked chamber of vitriol and hate. His face flushed and contorted, that sense of entitlement inculcated in youth turned to rage and victimhood. In his opening statement he blamed his troubles not on his own alleged misdeeds but the dark doings of outside forces. They’re the ones at fault, he said. How dare they threaten what was rightfully his?

“This whole two-week effort has been a calculated and orchestrated political hit fueled with apparent pent-up anger about President Trump and the 2016 election,” he bellowed, “fear that has been unfairly stoked about my judicial record, revenge on behalf of the Clintons, and millions of dollars and money from outside left-wing opposition groups.”

Revenge? His was not a judicial temperament. It was the unhinged ranting of a hyper-partisan, right-wing ideologue who should not be allowed to serve as an associate justice of SCOTUS.

Shortly after Kavanaugh began, Republicans cut off prosecutor Mitchell and their senators on the committee took over the questioning, encouraging the judge’s sneers—he insulted the Democratic members at every opportunity—with their own bombast and fake outrage. Facts were mangled, truths trampled, claims were made that ran totally contradictory to the morning’s questions and the testimony from Dr. Blasey Ford.

Texas Senator Ted Cruz, for example, claimed that no Democrats had asked questions about two of Kavanaugh’s other accusers Deborah Ramirez and Julie Swetnick, implying that the Democratic senators knew the stories had no credence. But ranking member Dianne Feinstein had in fact asked Kavanaugh about them shortly before Cruz’s comments and discussed the two women in the morning session during her opening statement, only to be told by Senator Grassley, “We’re here for the sole purpose of listening to Dr. Ford. And we’ll consider other issues other times.” (If you think that’s going to happen, I have some empty space in Grassley’s head to sell you.)

The problem, of course, goes at least as far back as the 1987 rejection of a Supreme Court seat for right-winger Robert Bork, the man who implemented Richard Nixon’s Saturday Night Massacre. The charge against him was led by Ted Kennedy and has roiled conservative Republican resentment ever since – it’s what Kavanaugh referred to on Thursday when he described his initial testimony before the committee and the Democrats’ questions then as “a good old-fashioned attempt at Borking.”

That’s Borking, by the way, not boofing, one of the words used on Kavanaugh’s high school yearbook page that you’ll have to look up in the Urban Dictionary; what he told the hearing it meant is, ahem, inaccurate.

Follow the thread from Bork through the 1991 Anita Hill/Clarence Thomas controversy and the death of the aforementioned Antonin Scalia in 2016, when Mitch McConnell refused to allow even a hearing for Merrick Garland, the man chosen to replace the late jurist by Barack Obama. The belligerence of that Brett Kavanaugh response on Thursday is just the latest event along that continuum of bitterness. It fuels the GOP, especially under the leadership of Donald Trump.

And so a president dogged by charges of sexual misbehavior endorses a judge dogged by charges of sexual misbehavior and gets Congress to go along because, never mind the allegations, it’s what the conservative legal movement has determined should happen, all to have a court that will perpetuate for decades the notion, in the words of Matthew Yglesias at Vox,that “the Constitution should be read primarily as a property owner’s charter.”

The majority of our citizens don’t want this to happen. The American Bar Association, which had previously declared Kavanaugh “well-qualified” for the job, called for a delay. Hell, even the Jesuits are turning against their alumnus. After the hearing Thursday, the Jesuit magazine America withdrew its endorsement, the editors writing that, “even if the credibility of the allegation has not been established beyond a reasonable doubt and even if further investigation is warranted to determine its validity or clear Judge Kavanaugh’s name, we recognize that this nomination is no longer in the best interests of the country.”

The motto of the Jesuits’ Georgetown Prep’s is “Men for others” but the Kavanaugh saga tells us that the more appropriate slogan is “Boys will be boys,” a sentiment that has infected the Republicans of both the White House and Capitol Hill.

Michael Winship is the Schumann Senior Writing Fellow for Common Dreams. Previously, he was the Emmy Award-winning senior writer for Moyers & Company and BillMoyers.com, a past senior writing fellow at the policy and advocacy group Demos, and former president of the Writers Guild of America East.

This work is licensed under a Creative Commons Attribution-Share Alike 3.0 License. 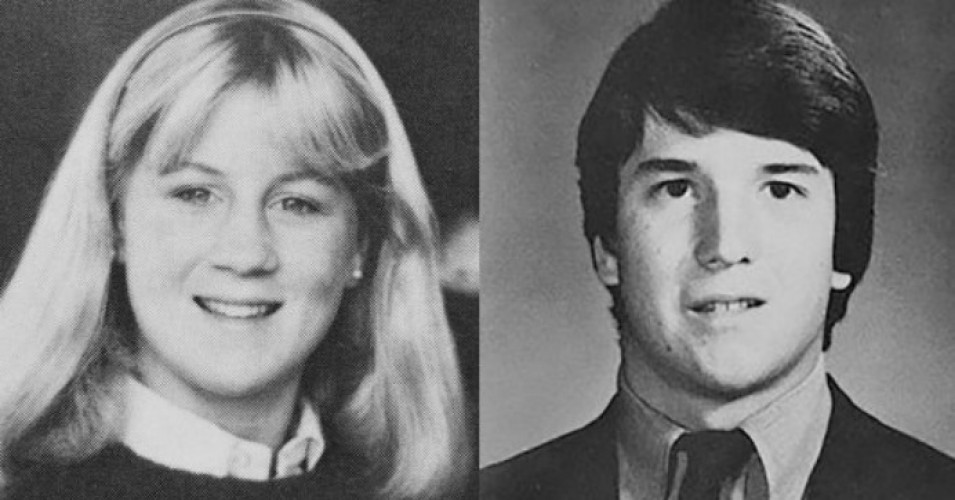