Paul McCartney became a vegetarian in 1975, thanks to his wife Linda, who campaigned for animal rights before it became fashionable and later wrote internationally bestselling vegetarian cookbooks. Decades later, Sir Paul still remains committed to the cause. The Paul McCartney-narrated film Glass Walls is based on the premise that “if slaughterhouses had glass walls, everyone would be vegetarian.” That is, if you saw how every carnivorous meal starts with absurd amounts of suffering, you might question your decision to eat meat. 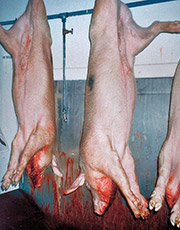 One comment on “Video: “Glass Walls” by Paul McCartney”