Diane Arbus (1923 – 1971) was an American photographer and writer noted for photographs of marginalized people—dwarfs, giants, transgender people, nudists, circus performers —and others whose normality was perceived by the general populace as ugly or surreal.

In 1972, a year after she took her own life, Arbus became the first American photographer to have photographs displayed at the Venice Biennale. Millions viewed traveling exhibitions of her work in 1972–1979. The book accompanying the exhibition, Diane Arbus: An Aperture Monograph, edited by Doon Arbus and Marvin Israel and first published in 1972, is the best selling photography monograph ever, still being reprinted today. Between 2003 and 2006, Arbus and her work were the subjects of another major traveling exhibition, Diane Arbus Revelations. In 2006, the motion picture Fur, starring Nicole Kidman as Arbus, presented a fictional version of her life story.

Arbus was born Diane Nemerov to David Nemerov and Gertrude Russek Nemerov, a Jewish couple who lived in New York City and owned Russek’s, a famous Fifth Avenue department store. Because of her family’s wealth, Arbus was insulated from the effects of the Great Depression while growing up in the 1930s. Her father became a painter after retiring from Russek’s; her younger sister would become a sculptor and designer; and her older brother, Howard Nemerov, would later become United States Poet Laureate.

Arbus’ work was, and continues to be, controversial because she breaks down the traditional boundaries of portraiture, capturing images of  circus and sideshow freaks whom she had befriended. Susan Sontag criticized Arbus because the photographs are “based on distance, on privilege.” In her view, Arbus invites us to feel superior to her subjects.

Perhaps. But Arbus also enables us to see other people clearly for the first time, even celebrities whose faces and lives we are very familiar with. Arbus blows apart the received world and gives us a new world where everyone is a freak.

‘Giving a camera to Diane Arbus is like giving a hand grenade to a baby,” Norman Mailer said after seeing how she had captured him.

A young man with curlers at home on West 20th Street, N.Y.C. 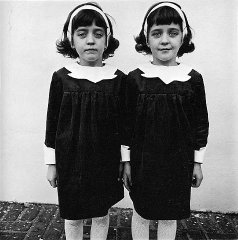 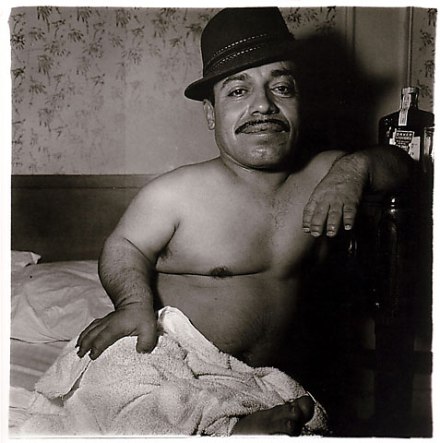 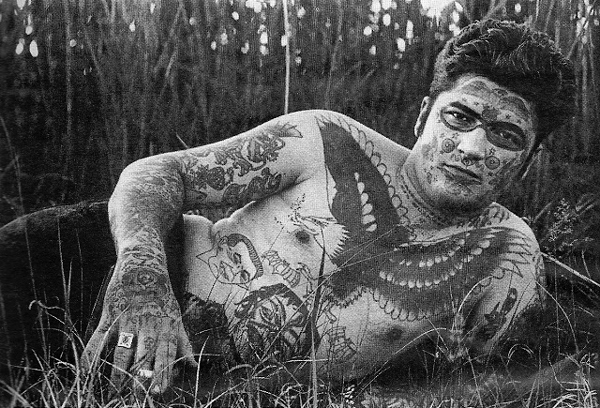 Norman Mailer by Diane Arbus. Mailer hated the photo, saying ‘giving a camera to Diane Arbus is like giving a hand grenade to a baby.’