Frank Edwards & Michael H. Esposito: Police kill about 3 men per day in the US

Police in the U.S. kill on average more than 1,000 men per year, or about three men per day. According to our estimates, police are responsible for about 8 percent of all adult male homicide deaths in the U.S. each year.

These estimates come from our study, published on July 19. We relied on novel unofficial data collected through Fatal Encounters, a systematic review of media and public records searches by researchers and journalists. Our team of sociologists with expertise on race and health, which includes Hedwig Lee at Washington University in St. Louis, used these new data to estimate Americans’ underlying risk.

Our analysis shows that risk of police-involved death is two times higher than indicated by official data sources.

The problems with official data

Despite in-depth news coverage, you might not find these names in official databases of police-involved deaths collected by the Bureau of Justice Statistics or the National Vital Statistics System. Police agencies are not required to submit information about killings to the federal government, and coroners often do not accurately classify deaths caused by police. Because police departments can choose whether to report these data, they often fail to do so. These gaps leave federal data on police killings – and thus the public’s understanding of these events – relatively thin.

Journalists, academics and activists have started independent data collection efforts to meet the shortcomings of federal data on police-involved deaths. Projects like Fatal Encounters, which leverages public records and media coverage in an attempt to document every person killed in an interaction with police, have made it possible to speak more precisely about the nature of police-involved deaths in the U.S.

These data allow researchers, for the first time, to reliably measure how often individuals die in interactions with the police and quantify racial and regional differences.

We used Fatal Encounters’ records of police killings documented between 2012 and 2018 to provide a new set of estimates for all U.S. counties by race. Fatal Encounters documented 9,795 police-involved deaths during this period. Men comprised 88 percent of the deaths.

After excluding cases in which police use of force was not the direct cause of death – generally suicides and vehicular collisions – we identified 6,295 adult male victims of police homicide killed over this six-year period, or about 1,000 per year.

By contrast, the National Vital Statistics System and the Arrest Related Deaths program record about 500 deaths per year, less than half of our count.

Individuals in large, central metropolitan areas are generally at the highest risk of being killed by police, at about one death per year per 100,000 men.

However, about two-thirds of all police-involved killings happen in suburbs, smaller cities and rural counties. In rural areas, police are responsible for more than 10 percent of all homicides with adult male victims.

The inequalities we found in the likelihood of being killed by police are similar to previously published estimates using official data, though we estimate the rates of police homicide are about twice as high as prior estimates.

Racial differences in risk vary across U.S. states. Black men face the highest risk of being killed by police in Oklahoma, while Latino risk is highest in New Mexico. White risk is also exceptionally high in Oklahoma.

Studies show that incarceration harms individual and community health and is a key driver of inequality in the U.S. Aggressive stop-and-frisk style policing is linked to increased anxiety and post-traumatic symptoms among young men.

Our research adds to the increasing scholarly consensus that the U.S. criminal justice system is a key social determinant of health. Our study indicates that contact between civilians and law enforcement exposes individuals to a nontrivial risk of premature death.

For this reason, we believe that police killings should be considered a public health concern. Public health agencies and researchers should play an increased role in collecting data on police-involved deaths and police use of force. Conversations about the incredibly high homicide rate in the U.S. must acknowledge that police are responsible for about one in 12 of those deaths. Reducing overall homicide risk, particularly among men of color, appears to require reform that explicitly targets interactions between police and civilians. 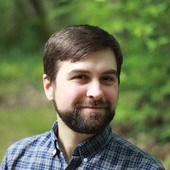 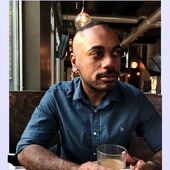 First published in The Conversation. Included in Vox Populi under a Creative Commons License.

There are multiple efforts to count police homicides in the U.S.

This entry was posted on August 13, 2018 by Vox Populi in Opinion Leaders, Social Justice and tagged 6 Elements of Police Spin -- An Object Lesson in Copspeak, Black Lives Matter, Frank Edwards, How many Fergusons is it going to take?, Michael Brown, Michael H. Esposito, police, police brutality, Police kill about 3 men per day in the US, police killings.