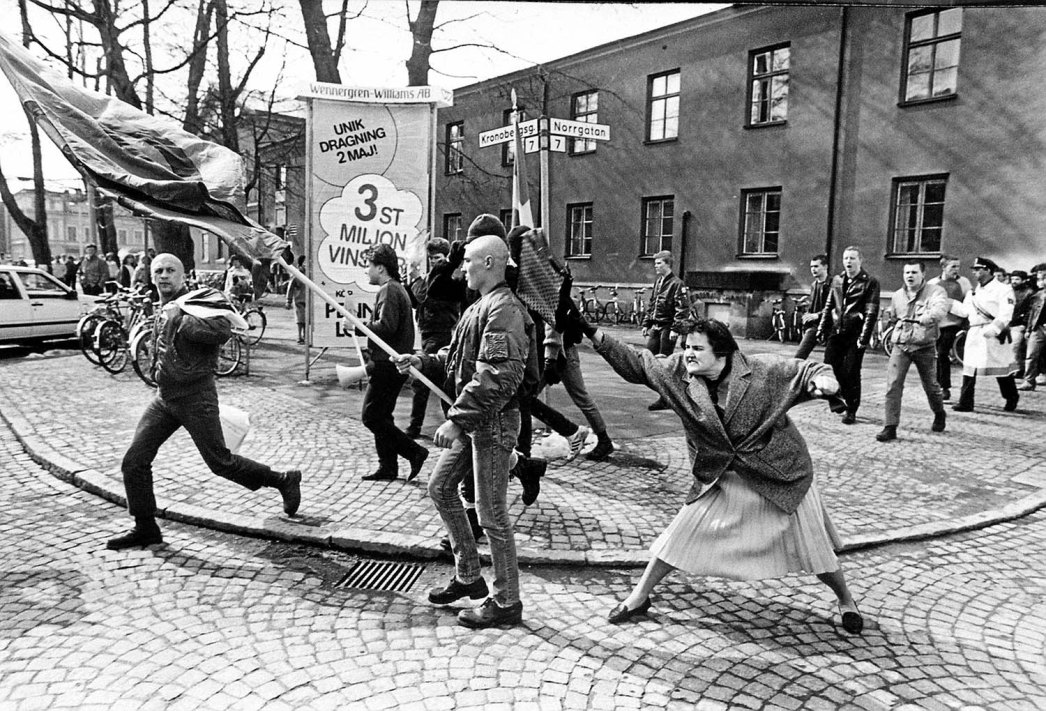 Danuta Danielsson, a Polish-Jewish woman whose mother was in a World War Two concentration camp, during a Neo-Nazi march in Växjö, Sweden on April 13, 1985. Photo by Hans Runesson. Voted Picture of the Century by Photographic Historical Society of Sweden.

The neo-Nazi’s name was Seppo Seluska. He was a militant Nazi from the Nordic Reich Party, later convicted of murdering a gay Jewish man.

In 2014 the Swedish sculptor Susanna Arwin made a miniature statue of Danielsson based on the photograph. There was an initiative to erect a life-size bronze version of Arwin’s statue in the city of Växjö, but the project was blocked by local politicians of the Centre Party believing that such a statue might promote violence.