American mountaintops were once dotted with thousands of fire lookouts, manned by a diligent crew whose watchful eyes protected our public lands from deadly blazes. Technological advances have replaced many of these lookouts, with only 60 remaining in the U.S. today. Jim Henterly mans the historic fire tower on Desolation Peak, where he safeguards not only the surrounding national park lands, but the proud and passionate history of his profession.

An interview with the director and the editor of Ode to Desolation, by Ina Pira, film curator for Vimeo

We’re thrilled to premiere the film on Vimeo! Ahead of the release, we reached out to director Lindsey Hagen and editor/DP Chris Naum to hear more about how the film came together.

On the inspiration for the film:

Hagen: “The story of Jim Henterly and his role at Desolation Peak came to me from a photographer. I was intrigued to know more about the man on the mountain with the eye and lexicon made to appreciate, indulge, and share the beauty of the natural world. I gave Jim a call and he made it well known that he had no interest in being the subject of a film. That inspired me even further. Here was a man with a heart of gold and the purest intentions in preserving our wild places. Just as Jim sought to keep our wild untainted, he too was untainted in a way. I wanted to share part of what it means to exist today ‘untainted.’ In doing so, we tribute this film to the effects of wilderness on the human soul and psyche. Jim’s way of observing and engaging with the world around him inspires me immensely.”

On the goal for the film:

Hagen: “My goal with this film is to share that magic and awe of the natural world with others with the hope that we can grow closer and more in touch with these places before we lose that connection all together. I think our future depends on it. I hold Jim in the highest regard for his unwavering stewardship. The thought of Jim losing his role at the grips of AI and technology also breaks my heart, and demands an urgency to share the importance of keeping our connection to the natural world ‘human.’ We need to conceptualize and talk about these places to ensure they continue to hold space and stay relevant. This film was just as much about creating a voice for Jim as it was for creating a voice for Desolation Peak.” 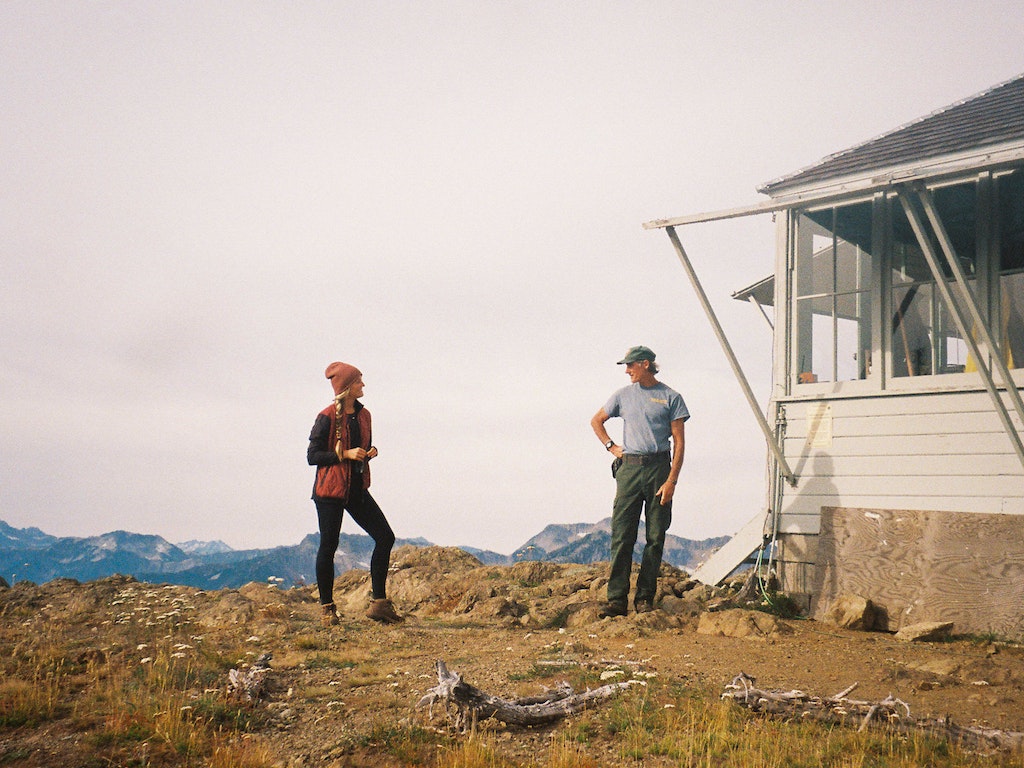 On the interviewing process:

Hagen: “Jim absorbs all visual and auditory information around him at a heightened level. So you can expect with this sort of mind that would evoke elaborate, long winded and wondering interviews. That’s exactly what it was. There was no harnessing Jim’s intellect or imagination, so I let his thoughts wander. That’s where we found the most beautiful moments of intimacy, both in the interview chair and walking through the woods. Jim is full of anecdotes and detailed descriptions because that’s how he views and engages with the world around him. I would have done Jim and the film a disservice if I tried to fit his narrative in a box. So I chose to exist with him and meet him where he was, just as he is. That’s what makes this piece unique to me. We join Jim as the conscious observer.”

On weaving together history, family, art, and nature:

Hagen: “All of these elements compound on one another and give Jim’s perspective, values and relationship to Desolation Peak so much weight. His experience at the lookout without the connection to his family and the budding relationship with his wife would not be the same. The connection to family is what helped us link the audience to a place they may otherwise never care about. We saw the family connection as a point of emotional entry and relevance for our viewer.

We opened with the art as a way to understand how Jim sees the world and help our audience empathize with Jim’s character. The historical relevance and changing of times was necessary to position Jim’s narrative within a larger scope of change. We see a lifestyle, place, and role he holds so dear become threatened by the introduction of AI and tech integration.” 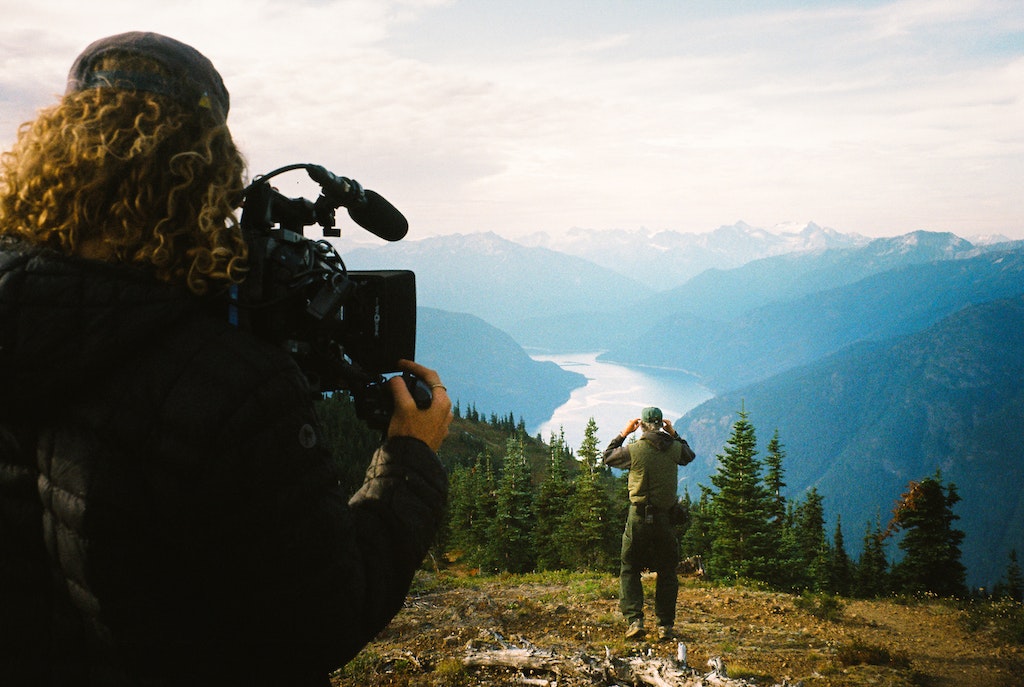 On editing the film:

Naum: “Jim was full of anecdotes, each one as absorbing and interesting as the next. We shot almost constantly. Though we knew our narrative ‘red thread’ going into production, with over 15 hours of footage there were an infinite amount of ways to piece the story together. Which was as exciting as it was overwhelming!

I started with scenes. Finding stand-alone moments with a beginning, middle and end, in concert with bits of informal interviews, verite moments, and conversations was my way to initially make sense of the footage. I tried to make each scene add to Jim’s multifaceted personality in some way. It was a constant battle trying to figure out which ‘pillar’ mentioned above should get more attention. I always wished we spent more time with his art. He has an incredible talent.

The final product was our balance of the two: moments explained; and moments simply watched.”

On the challenges of making the film:

Hagen: “Aside from convincing Jim that he was worthy of a film, the production process itself was quite grueling. Jim spends 4 weeks on, 4 weeks off at the look-out all summer. So between his bouts of phone service and full isolation, I would coordinate with him and park rangers to secure a park permit.

Getting to Desolation peak is also no easy task. Chris and I carried two 60-pounds packs loaded with all our camera equipment, storage and camping gear to last 3 days. We drove to a trailhead deep in Washington’s Cascade mountain range where we boarded a boat which took us the length of Ross Lake to the Desolation Peak trail head. From there we hiked 4 miles to the lookout with 4,500 ft elevation gain. All to say, it was steep!”