The things that one grows tired of—O, be sure
They are only foolish artificial things!
Can a bird ever tire of having wings?
And I, so long as life and sense endure,
(Or brief be they!) shall nevermore inure
My heart to the recurrence of the springs,
Of gray dawns, the gracious evenings,
The infinite wheeling stars. A wonder pure
Must ever well within me to behold
Venus decline; or great Orion, whose belt
Is studded with three nails of burning gold,
Ascend the winter heaven. Who never felt
This wondering joy may yet be good or great:
But envy him not: he is not fortunate.

Robinson Jeffers (1887-1962) was an American poet, known for his work about the central California coast. Much of Jeffers’ poetry was written in narrative and epic form. However, he is also known for his shorter verse and is considered an icon of the environmental movement. Influential and highly regarded in some circles, despite or because of his philosophy of “inhumanism”, Jeffers believed that transcending conflict required human concerns to be de-emphasized in favor of the boundless whole. This led him to oppose U.S. participation in World War II, a stance that was controversial after the U.S. entered the war. [Wikipedia] 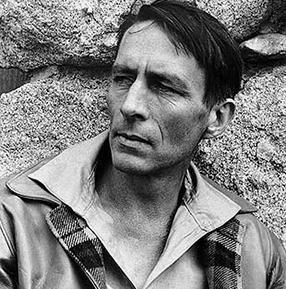