One night four rabbinim were visited by an angel who awakened them and carried them to the Seventh Vault of the Seventh Heaven. There they beheld the sacred Wheel of Ezekiel. Somewhere in the descent from Pardes, Paradise, to Earth, one rabbini, having seen such splendour, lost his mind and wandered frothing and foaming until the end of his days. The second rabbini was extremely cynical: “Oh I just dreamed of Ezekiel´s Wheel, that was all. Nothing really happened.” The third rabbini carried on and on about what he had seen, for he was totally obsessed. He lectured and would not stop with how it was all constructed and what it all meant… and in this way he went astray and betrayed his faith. The fourth Rabbi, who was a poet, took a paper in hand and a reed and sat near the window writing song after song praising the evening dove, his daughter in her cradle, and all the stars in the sky. And he lived his life better than before.

From Women Who Run With the Wolves by Clarissa Pinkola Estés 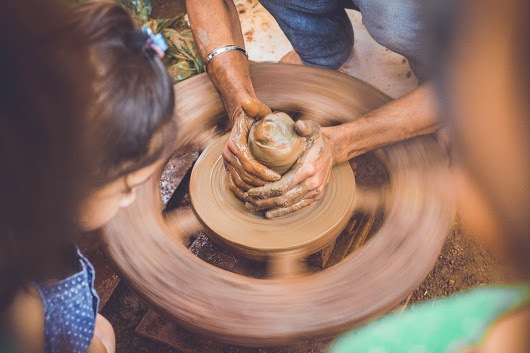 This entry was posted on November 29, 2018 by Vox Populi in Opinion Leaders, Personal Essays, Poetry and tagged Blood Brothers -- Palestinians and Jews share genetic roots, Chana Bloch, Clarissa Pinkola Estes, poetics, The Four Rabbinim, what is poetry for?, where does poetry come from?, Women who run with the wolves.