Is Donald Trump responsible for unhinged violence against innocent people? Absolutely. You only have to look at Yemen to see that.

Since pipe bombs started targeting prominent critics of the president, people have been debating not the sending of bombs so much as the casting of aspersions. All Americans are against bombing and political violence, this argument assumes, but is it right to question the complicity of the Commander in Chief?

Let’s pause right there for a moment. There’s no American consensus against terrorism and political violence. Since 1954, the US military has intervened fifty-six times in Central America to depose leaders we disapproved of and back ones who’d do what we want. For half a century, American men, money and munitions flooded to death squads and dictators who used all manner of torture, terror and killing to silence people. And those conflicts displaced generations—from Guatemala and El Salvador and Nicaragua and Honduras, which just might have something to do with the women and men and children in the Central American caravan and why migrants keep coming north in the face of so much hate.

So let’s be clear: the American record on terror is bipartisan. Both parties have backed it, and there’s no high and mighty consensus against it.

As for pointing fingers, former NYC police commissioner Bernard Kerik walked off a CNN set in huff this week because the network, which had received one of the mail bombs, was politicizing its coverage. As one who’d lived through the attacks of 9-11, Kerik said he found it appalling that anyone would stoke division in the wake of acts of violence and before we’re clear on the facts.

The former commissioner’s words are one thing. His actions, after 9-11, were to approve the mass round-up of Muslim Americans and police profiling of entire neighborhoods on suspicion, but no one on CNN saw fit to remind viewers of that.

Finally, Trump. Complicit in killing? Absolutely. This president’s closer to Saudi Arabia and the United Arab Emirates than any other, and he’s stayed that way, not only since the demonstration assassination of journalist Jamal Khashoggi, but over almost four years of a Saudi air war that’s created what the UN calls the worst humanitarian crisis in the world. At last look, 27 million Yemenis need food aid—victims of war and famine caused by the bombing of power and water plants.

As for fear, this very week, as people in the US were panicking about shoddily-made pipe bombs, President Trump was threatening to rip up the 1987 nuclear non-proliferation treaty, the first and most significant one that ever worked. So, is President Trump responsible for proliferating fear and threats and violence? Absolutely.

And is it right to politicize all this? Absolutely. Vote.

Laura Flanders is a best-selling author and broadcaster who hosts the The Laura Flanders Show, where she interviews forward thinking people about the key questions of our time.  The LF Show airs weekly on KCET/LinkTV, FreeSpeech TV, and in English & Spanish in teleSUR. Flanders is also a contributing writer to The Nation and Yes! Magazine (“Commonomics”) and a regular guest on MSNBC. She is the author of six books, including The New York Times best-seller, BUSHWOMEN: Tales of a Cynical Species (Verso, 2004) and Blue GRIT: True Democrats Take Back Politics from the Politicians (Penguin Press, 2007).

First published in Common Dreams. This work is licensed under a Creative Commons Attribution-Share Alike 3.0 License
. 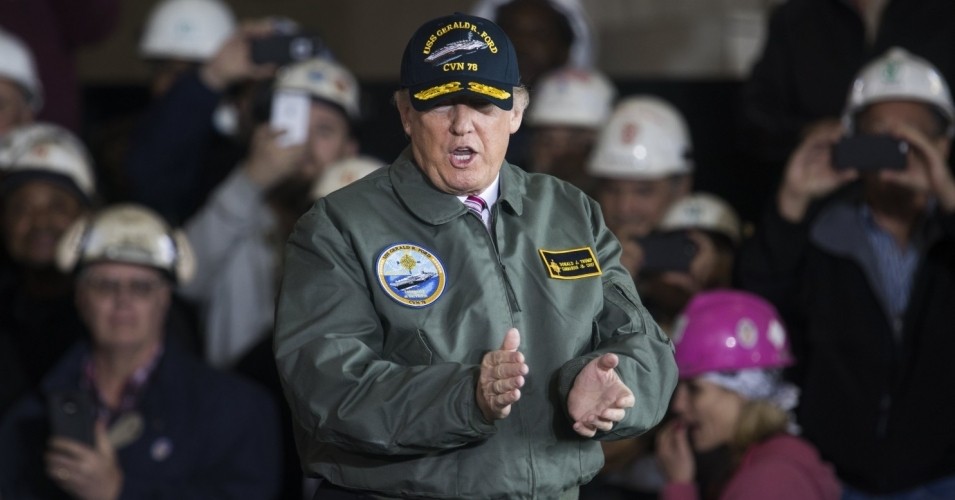 This entry was posted on October 31, 2018 by Vox Populi in Opinion Leaders, Social Justice, War and Peace and tagged 9/11, American fascism, antisemitism, Bernard Kerik, Charlottesville Was Not a "Protest Turned Violent" It Was a Planned Race Riot, Church massacre, domestic terrorism, Donald Trump and Fascism, Donald Trump presidency, history of anti-semitism, In Yemen and Beyond U.S. Arms Manufacturers Are Abetting Crimes against Humanity, Is Donald Trump Responsible for Violence? Yes., Laura Flanders, Sandy Hook, US military.