On May 4, President Donald Trump signed an executive order that allows churches and religious leaders to explicitly endorse or oppose a political candidate without penalty to their nonprofit, tax-exempt status. Responses from white conservative evangelicals showed that this wasn’t what they were looking for. What they wanted, it seems, was legal protection for religious institutions and business owners to deny services to same-sex couples and transgender persons.

I am a sociologist studying contemporary evangelicalism and sexuality, and my research shows that the political beliefs of white evangelicals have deftly shifted from the bully pulpits of the Moral Majority in the 1980s to cultural messages that appear hip and modern. In particular, Christian sex advice caught my attention because it showcases how evangelicals can hold beliefs that are simultaneously pro- and anti-sex.

In my book “Christians under Covers: Evangelicals and Sexual Pleasure on the Internet,” I conducted a virtual ethnography of online Christian websites – blogs and message boards that discuss sex from a Christian perspective and online stores that sell sex toys and intimacy products.

In total, I studied 36 websites and conducted 44 interviews with users of two of the most active sites as well as six interviews with creators of different sites over two years – between 2010 and 2012. I collected survey responses from nearly 800 users of seven different sites. Collectively, these sites have attracted thousands of users who believe that God wants married, heterosexual couples to have great sex.

Though in my work, I use pseudonyms to describe the names of websites and their users, these sites are easy to find for anyone who is searching for “Christian sex advice.”

The problem that these websites try to solve is that many Christian couples don’t know how to achieve the great sex that God made possible, having grown up hearing a constant refrain of negative messages about sexuality. The content of these sites is a curious mix of secular and religious language that resembles both the liberal sex advice column “Savage Love” and the religious fiction novel series “Left Behind” – aimed at reminding believers that all of their actions are a part of a larger spiritual battle between good and evil.

On these websites, messages abound about self-improvement and being a good, giving and game sexual partner, as well the power of Jesus, the influence of Satan and the importance of being born-again.

Women make up the majority of bloggers and sex toy store owners I studied. They describe using vibrators and achieving orgasms; men talk about open communication with their wives about their deepest sexual desires.

Christian sexuality websites, however, present evangelicalism as a sexy and modern representation of a religious tradition that is stereotypically the opposite.

In the years I spent studying these sites, I never saw a single post endorsing or opposing a political candidate. Nonetheless, political beliefs were reflected in the implicit and explicit rules that were required of website users regarding their beliefs related to gender, sexuality and marriage.

On one website, for example, a message board where users post hundreds of comments every day, the moderators allow for “minor theological disagreements” among members, but require that “Members must be married (one man, one woman), and followers of Jesus Christ and His Word. Jesus, and Jesus alone, is the only way to salvation, and the Bible is the ultimate authority.” Off limits is “any defense of the practice of homosexuality, so-called ‘gay marriage,’ or the like.”

The beliefs on these websites are far from representative of American Christianity. Most Christians today believe that homosexuality should be accepted by society. A majority of LGBT Americans have some religious affiliation and there are LGBT-affirming groups in many Christian denominations (Matthew Vines’ The Reformation Project is one evangelical example).

Yet on these websites supporting gay sex (or gay marriage), sex outside of heterosexual marriage or any relationship that is nonmonogamous is fundamentally heresy.

In other words, the websites present a sexual logic that combines both limits and freedoms: Christian sexuality, all of these websites adamantly claim, is one full of choice and autonomy so long as Christians follow God’s demands for who is allowed to have sex.

As one blogger told me in an interview, “I think a couple has tremendous freedom” so long as sex is consensual and between husband and wife. In my book, I refer to this as the “logic of Godly sex:” a logic that makes sexual pleasure possible for straight, married Christians but forecloses it for everyone else.

In other words, I would argue, the sexual freedom that these websites claim to offer is illusory. This illusion is also central to the arguments that proponents present in favor of religious freedom legislation.

These state-enacted bills provide a practical route by which individuals can use the courts to make free exercise violation claims against the state.

For instance, Mississippi HB 1523 (passed in April 2016 but later blocked by a federal judge) protects persons who have “the sincerely held religious belief” that marriage “should be recognized as the union of one man and one woman” to decide whether or not to provide services, including housing and employment, to LGBT people.

It defines “a man” and “a woman,” according to law: “an individual’s immutable biological sex as objectively determined by anatomy and genetics at the time of birth.” Laws like HB 1523 offer a strategy for religious conservatives to use their religious freedom to advance an anti-gay, anti-transgender, and anti-abortion political agenda.

In my opinion, emphasizing freedom and choice alongside conservative ideas about gender, sexuality and marriage is how conservative Christians can adapt to a changing world while maintaining their religious distinction.

After researching Christian sexuality websites, I am convinced that they do as much or more to advance conservative politics as does a preacher telling his congregation to vote for a particular candidate. 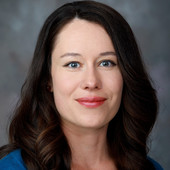 Kelsy Burke is Assistant Professor of Sociology, University of Nebraska-Lincoln.

First published in The Conversation. Included in Vox Populi with permission.

It is a relatively recent historical phenomenon for Christians to claim sexual pleasure as part of their religious framework.