I just let go of a nightmare
And jumped out of my coffin.
The moon peeks out from behind my neighbor’s rooftop.
At this moment one should pick a pen.
My heart cannot believe this solitude.
How many people within telephone lines
Are now extending their hands toward each other?

“The horseman will arrive soon, Fyodor!
Do not look at the firing squad.
The Tsar has pardoned you.”

The sky has not yet washed its face
But its cheeks look pale red.
At this moment one should pick a paintbrush.
I am going to call a painter
Who escaped execution.

Majid Naficy fled Iran in 1983, a year and a half after the execution of his wife Ezzat in Tehran. Since 1984 Majid has lived in West Los Angeles. He has published many books in Persian and in English, including Father & Son published by Red Hen. 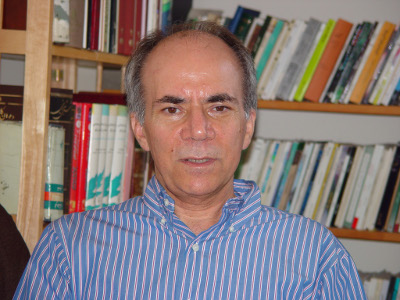