Chris Hedges: How We Fight Fascism

In 1923 the radical socialist and feminist Clara Zetkin gave a report at the Communist International about the emergence of a political movement called fascism. Fascism, then in its infancy, was written off by many liberals, socialists and communists as little more than mob rule, terror and street violence. But Zetkin, a German revolutionary, understood its virulence, its seduction and its danger. She warned that the longer the stagnation and rot of a dysfunctional democracy went unaddressed, the more attractive fascism would become. And as 21st-century America’s own capitalist democracy disintegrates, replaced by a naked kleptocracy that disdains the rule of law, the struggle of past anti-fascists mirrors our own. History has amply illustrated where political paralysis, economic decline, hypermilitarism and widespread corruption lead.

Zetkin’s analysis, eerily prophetic and reprinted in the book “Fighting Fascism: How to Struggle and How to Win,” edited by John Riddell and Mike Taber, highlights the principal features of emerging fascist movements. Fascism, Zetkin warned, arises when capitalism enters a period of crisis and breakdown of the democratic institutions that once offered the possibility of reform and protection from an uninhibited assault by the capitalist class. The unchecked capitalist assault pushes the middle class, the bulwark of a capitalist democracy, into the working class and often poverty. It strips workers of all protection and depresses wages. The longer the economic and social stagnation persists, the more attractive fascism becomes. Zetkin would have warned us that Donald Trump is not the danger; the danger is the growing social and economic inequality that concentrates wealth in the hands of an oligarchic elite and degrades the lives of citizens.

The collapse of a capitalist democracy, she wrote, leaves those in the working class disempowered. Their pleas go unheard. Reforms to address their suffering are cosmetic and useless. Their anger is written off as irrational or racist. A bankrupt liberal class, which formerly made incremental and piecemeal reform possible, ameliorating the worst excesses of capitalism, mouths empty slogans about social justice and the rights of workers while selling them out to capitalist elites. The hypocrisy of the liberal class evokes not only a disdain for it but a hatred for the liberal, democratic values it supposedly espouses. The “virtues” of democracy become distasteful. The crude taunts, threats and insults hurled by fascists at the liberal establishment express a legitimate anger among a betrayed working class. Trump’s coarseness, for this reason, resonates with many pushed to the margins of society. Demoralized workers, who also find no defense of their interests by establishment intellectuals, the press and academics, lose faith in the political process. Realizing the liberal elites have lied to them, they are open to bizarre and fantastic conspiracy theories. Fascists direct this rage and yearning for revenge against an array of phantom enemies, most of them scapegoated minorities.

“What weighs on them above all is the lack of security for their basic existence,” Zetkin wrote of the dispossessed working class.

“Masses in their thousands streamed to fascism,” she went on. “It became an asylum for all the politically homeless, the socially uprooted, the destitute and disillusioned. … The petty-bourgeois and intermediate social forces at first vacillate indecisively between the powerful historical camps of the proletariat and bourgeoisie. They are induced to sympathize with the proletariat by their life’s suffering and, in part, by their soul’s noble longings and high ideals, so long as it is revolutionary in its conduct and seems to have prospects for victory. Under the pressure of the masses and their needs, and influenced by this situation, even the fascist leaders are forced to at least flirt with the revolutionary proletariat, even though they may not have any sympathy with it.”

The discredited ideals of democracy are replaced by a hypernationalism that divides the population not by class but between the patriotic and the unpatriotic….[continue reading] 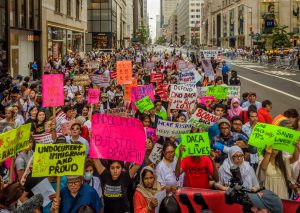 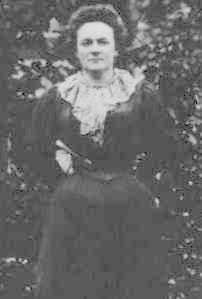 This entry was posted on February 21, 2018 by Vox Populi in Opinion Leaders, Social Justice and tagged 14 Characteristics of Fascism, activism, American fascism, Chris Hedges, Clara Zetkin, Deferred Action for Childhood Arrivals (DACA), Donald Trump and Fascism, Fascist Germany, How We Fight Fascism, Marxism, oligarchy, The US Is an oligarchy with unlimited political bribery.