“Democracy is fragile, and no one can say with certainty that it can withstand the manifold risks to which it is now exposed,” writes Moyers in farewell.

In a quiet post published to BillMoyers.com on Friday titled simply, “Farewell,” the veteran muckraker and site’s namesake—whose work in public life goes back to the Johnson administration in the early 1960s and whose journalistic career spans from his teens as a local newspaper reporter in East Texas to his most well-known role as the host of several PBS shows and documentaries—announced that the online project would soon enter “archive mode” and cease its daily output of progressive news and commentary.

Though Moyers, now eighty-three, has announced retirement at several intervals in his later career, on Friday he wrote, “Now it’s time for another farewell, and with this note I am signing off.” Its final day of regular operation will be Wednesday, December 20th.

A champion of both public and independent media throughout his long career, Moyers has also been a longtime friend and contributor to Common Dreams and a trusted ally of progressive journalists and outlets too many to count.

As historian Peter Dreier detailed on Friday in a new piece for The American Prospect:

Moyers has been one of the most prolific and influential figures in American journalism. Not content just to diagnose and document corporate and political malpractice, Moyers regularly took his cameras and microphones to cities and towns where unions, community organizations, environmental groups, tenants rights activists, and others were waging grassroots campaigns for change. Moyers gave them a voice. He used TV as a tool to expose political and corporate wrongdoing and to tell stories about ordinary people working together for justice.

He also introduced America to great thinkers, activists, and everyday heroes typically ignored by mainstream media. He produced dozens of hard-hitting investigative documentaries uncovering corporate abuse of workers and consumers, the corrupting influence of money in politics, the dangers of the religious right, conservatives’ attacks on scientists over global warming, and many other topics. A gifted storyteller, Moyers’ TV shows, speeches, and magazine articles have roared with a combination of outrage and decency, exposing abuse and celebrating the country’s history of activism.

While the content on the site will, it seems, remain available in perpetuity, Moyers called on its readers going forward to “remain vigilant and engaged as citizens in the civic and political life of your community and our country.”

And offering the kind of parting wisdom that was common to his brand of informed, impassioned journalism and political commentary, he offered a final pinch of wisdom and guidance to those, like he, who have expressed so much concern about the current moment in the nation’s political life. “Democracy is fragile,” he wrote, ” and no one can say with certainty that it can withstand the manifold risks to which it is now exposed.”

One of the industry’s most reluctant retirees and a journalist of unending commitment to democracy and the public sphere, this outlet wishes him a very biased farewell in return and thanks him for his years of service, that of his talented and dedicated team, and wishes them all the best for what the future brings.

When I turned 80 three years ago, I retired my weekly PBS series and have since focused on the web with a small, dedicated team as the avenue for our journalism. Your response rewarded our efforts, and we have been pleased and grateful for your interest and attention. I treasure the many messages from so many kindred spirits.

Now it’s time for another farewell, and with this note I am signing off.

BillMoyers.com will continue to serve as the archive of the television journalism my colleagues and I have produced over the past 44 years. I hope you find it useful. The site will go into archive mode on Wednesday, Dec. 20.

Until it moves to a new home, our Trump-Russia timeline, created by the indefatigable Steve Harper and orchestrated by our producers, will continue to publish right here at BillMoyers.com, tracking the convergence of events connecting the Trump empire and Russian oligarchs now being investigated by special counsel Robert Mueller.

In the meantime, please remain vigilant and engaged as citizens in the civic and political life of your community and our country. Democracy is fragile, and no one can say with certainty that it can withstand the manifold risks to which it is now exposed.

Thank you for the company we have shared in this space — and good luck to all.

—–
This article was written by Jon Queally for Common Dreams and is licensed under a Creative Commons Attribution-Share Alike 3.0 License.
. 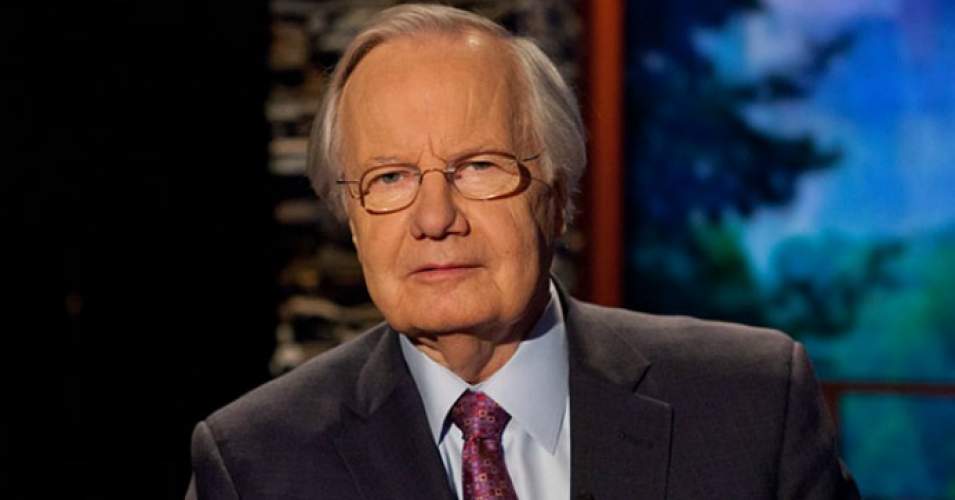 Veteran journalist Bill Moyers on the set of Moyers & Company in 2013. (Credit: BillMoyers.com)