Molly Fisk: The View from Here

It’s been a while since I’ve had occasion to see the human form, male version, naked, from behind. Luckily, this circumstance was remedied over the weekend, when I went to the coast to house-sit for some friends who live in a little beach town. It’s not a nude beach, but it has decent surf, and therefore attracts surfers. No, they are not nude surfers! Calm down and let me finish the story…

This small beach town has a hill, with many wooden cottages built every which way, cheek by jowl, all with big banks of windows facing the ocean. I was in one of those, still half-asleep, sipping my morning coffee and watching the waves curl and break, when a movement down on the street below caught my eye. Caught my eye and then held it, while a muscular young man standing next to his car took his pants off. He then quickly wrapped his loins with an old brown towel, but by that time it was too late, I was riveted.

He looked around furtively a couple of times, but there was no one on the street. As he inched into his wetsuit — feet, shins, knees, thighs — the towel moved around in a compelling way, until he had the suit almost up to his hips. Then — the timing was perfect — the brown towel slid off onto the pavement and most of his gluteous maximi were again revealed.

I’m afraid, dear listener, I giggled. Men’s butts are a thing of beauty in general, but there’s also nothing funnier than watching someone try to be discreet and fail, when you are the person they can’t see is watching. Also, our culture takes so much pride in showing off women’s body parts day in and day out, it’s refreshing to see something else for once.

The gluteous maximus is the largest muscle of the posterior and one of the strongest in the body. I’m only telling you this to prolong the suspense. I won’t go into the make-up of rubber wet suits or why the boards are short now instead of long: that would just be mean. I will say that this street in front of my friends’ house is right above a short-cut to the beach, and therefore the parking is free, instead of $10 at the official parking lot. Ergo, there’s a parade of surfers’ cars parked here from dawn to dusk. And no one arrives already wearing their wetsuit.

Poets are born observers, which came in handy since seven more guys disrobed in front of me, only one of them able to keep his sarong in place. Sometimes they were alone and sometimes in pairs, chatting away as their butts gleamed in the sunlight and they grabbed at the falling towels. No one, alas, turned completely around.

Last year, my friends put in a web cam so they could see weather conditions while away from home. They’re thinking of adding another, aimed at the street, and charging a subscription to internet viewers.

This certainly cheered me up, far more than those eagle-nest cams — I’d subscribe in a New York minute. Plus, it’s got to be good for your heart rate. 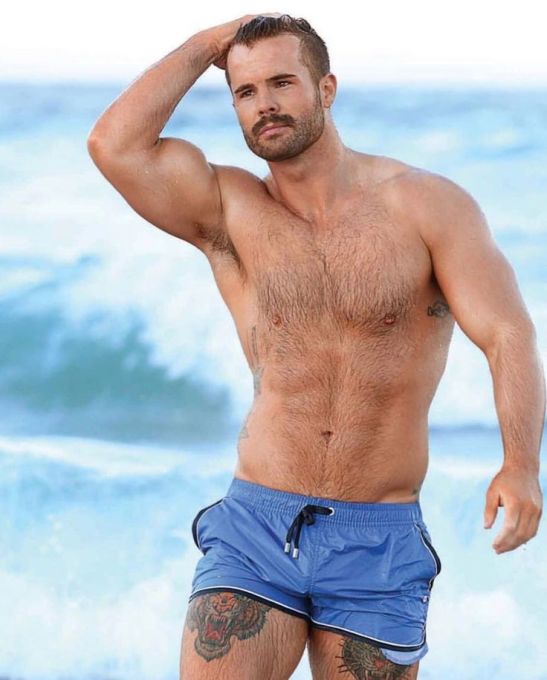 4 comments on “Molly Fisk: The View from Here”

This entry was posted on September 16, 2017 by Vox Populi in Health and Nutrition, Humor and Satire, Personal Essays and tagged erotica, feminine sexuality, male sexuality, Molly Fisk, sexuality, The View from Here.