The gun lobby’s new “recruitment ad” is really a call for white supremacy and armed insurrection, deliberately crafted to stir anger and fear.

Take a look at the ad below and ask whether the National Rifle Association can go any lower. Ponder this flagrant call for violence, this insidious advocacy of hate delivered with a sneer, this threat of civil war, this despicable use of propaganda to arouse rebellion against the rule of law and the ideals of democracy.

On the surface this is a recruitment video for the National Rifle Association. But what you are really about to see is a call for white supremacy and armed insurrection, each word and image deliberately chosen to stir the feral instincts of troubled souls who lash out in anger and fear:

Disgusting. Dishonorable. Dangerous. But also deliberate. Everything deplored by the NRA in the ad is committed by “they” — a classic manipulation turning anyone who disagrees with your point of view into “The Other” — something alien, evil, foreign.

“And then they use their ex-president to endorse the resistance.”

Well, we all know who “they” are, don’t we? This is the vitriol that has been spewed like garbage since the days of The Protocols of the Elders of Zion, blasted from lynch mobs and demagogues and fascistic factions of political parties that turn racial and religious minorities into grotesque caricatures, the better to demean and diminish and dominate.

It is the nature of such malevolent human beings to hate those whom they have injured, and the NRA has enabled more injury to more marginalized and vulnerable people than can be imagined. Note how the words “guns” or “firearms” are never mentioned once in the ad and yet we know that the NRA is death on steroids. And behind it are the arms merchants — the gun makers and gun sellers — who profit from selling automatic rifles to deranged people who shoot down politicians playing intramural baseball, or slaughter children in their classrooms in schools named Sandy Hook, or who massacre black folks at Bible study in a Charleston church, or murderously infiltrate a gay nightclub in Orlando.

Watching this expertly produced ad, we thought of how the Nazis produced slick propaganda like this to demonize the Jews, round up gypsies and homosexuals, foment mobs, burn books, crush critics, justify torture and incite support for state violence.

It’s the crack in the Liberty Bell, this ad: the dropped stitch in the American flag, the dregs at the bottom of the cup of freedom. It’s a Trump-sized lie invoked to bolster his base, discredit critics, end dissent. Joseph McCarthy must be smiling in hell at such a powerful incarnation on earth of his wretched, twisted soul.

With this savage ad, every Democrat, every liberal, every person of color, every immigrant or anyone who carries a protest sign or raises a voice in disagreement becomes a target in the diseased mind of some tormented viewer. Heavily armed Americans are encouraged to lock and load and be ready for the ballistic solution to any who oppose the systematic looting of Washington by an authoritarian regime led by a deeply disturbed barracuda of a man who tweets personal insults, throws tantrums and degrades everything he touches.

Look again at the ad. Ask yourself: What kind of fools are they at the NRA to turn America into a killing ground for sport? To be choked with hate is a terrible fate, and it is worst for those on whom it is visited.

Take one more look, and ask: Why do they get away with it? What is happening to us? How long do we have before the fire this time?

First published in Moyers & Co. This work is licensed under a Creative Commons Attribution-Share Alike License.

Bill Moyers is the managing editor of Moyers & Company and BillMoyers.com. His previous shows on PBS included NOW with Bill Moyers and Bill Moyers Journal. Over the past three decades he has become an icon of American journalism and is the author of many books, including Bill Moyers Journal: The Conversation Continues, Moyers on Democracy, and Bill Moyers: On Faith & Reason. He was one of the organizers of the Peace Corps, a special assistant for Lyndon B. Johnson, a publisher of Newsday, senior correspondent for CBS News and a producer of many groundbreaking series on public television. He is the winner of more than 30 Emmys, nine Peabodys, three George Polk awards.

Michael Winship, senior writing fellow at Demos and president of the Writers Guild of America-East, was senior writer for Moyers & Company and Bill Moyers’ Journal and is senior writer of BillMoyers.com. 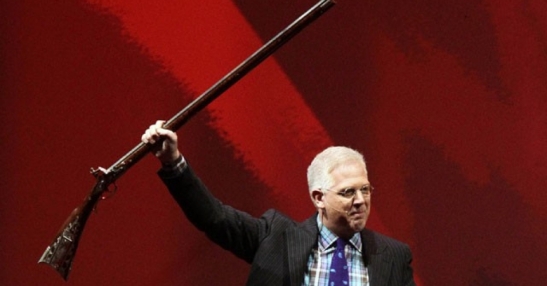