“The incompetent are often blessed with an inappropriate confidence.”

Supporters of President Donald Trump believe just about everything he says, and Trump himself seems to have absolute confidence in his own beliefs. Why would so many people have such strong confidence in their own judgement despite overwhelming evidence that they are wrong?

There is a psychological principle, known as the Dunning-Kruger effect that could help explain this cognitive error, according to Stephen Fry.

Fry explains how salience bias and the power of repetition help shape views more than facts: “The greatest enemy of knowledge is not ignorance. It is the illusion of knowledge.”

Of course, we have all encountered people who think they know more than they actually do, but Donald Trump is not just an annoying brother-in-law at the family reunion, Trump holds the most powerful office in the world. His self-aggrandizing delusions are endangering millions of lives. 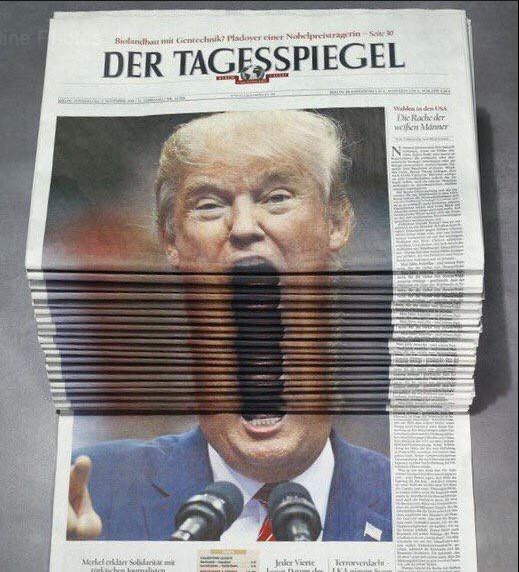 This entry was posted on May 20, 2017 by Vox Populi in Art and Cinema, Humor and Satire, Opinion Leaders, Social Justice and tagged America Looks in the Mirror and Sees Donald Trump, Donald Trump presidency, Inappropriate confidence in oneself, John Cleese, Stephen Fry, stupid people, Why Some People Believe Everything Donald Trump Says.