Paul Christensen: In Praise of Spring

As I got down from the car after shopping, my wife led me to the side yard. She pointed down into the tangle of winter grass and let me discover the little clump of snowdrops growing there. A few feet away was another clump, smaller, of these delicate, very feminine first flowers. I’m not an expert on flowers, to be sure, but I suspect snowdrops come up before the crocus, which many gardeners tell me is the real sign of spring. But there they were, like a crowd of Easter bonnets, very solemn, even shy, heads bowed so as not to take credit for their brilliant gift of a gray morning. I was deeply moved. Strange to think that such a simple act could make me tear up and walk away amazed. It changed my day. It was like the smile a girl gave me as she passed me in the supermarket parking lot the other day. A smile so simple and honest, nothing could be read into it but joy.

These days I crave innocence. My soul is famished for the slightest sign of generosity. We are grieving under the burden of a disintegrating government, one we were taught to put our trust in. The men and women who conspire to take down the administrative state, as it is now called, do not ponder the consequences of the poor going without medicine, a regular doctor, some decent insurance to pay for their children’s illnesses. They gather in their caucus and hear their leaders declare that the present composition of the state allows for abortion and contraceptive care, and to take it apart is not only the right thing to do, it is God’s will. They do not point out the violation of human covenants to care for the underprivileged; they assume that everyone in the land of the American dream is able to fend for him or herself and does not need the hand of government to pick them up when they fall down.

So on they vote the versions of draconian acts and bills to deny the desperate their bit of help. That’s what makes my soul ache down to the bones it rests on in my chest. I feel my heart shrink at every headline in the New York Times and The Washington Post. Each day the dirge by which everyone marches in the Congress sounds a lower note, a slower pace as we bury what had been a touching way of thanking the American people for all its sacrifices in World War II. The mountains of dead meant that some solace and companionship from the state was mandatory, a way of assuaging the terrible mourning that had seized the nation. Now all that is forgotten. The one victorious war of my lifetime was fading into history, and all the failed wars meant the government could frown and castigate and fume over its losses on the battlefield.

But the snowdrops were there, grown out of the black loam of our side yard. No one planted them; nothing disturbed the little half-frozen crust of ground to make way for them. They broke through, like chicks in a nest, and were quietly pushing back the inertia of winter from their shoulders. They were as close to angels as one can get in this age. I wanted to lie down beside them, but my human presence was no doubt a threat to their existence. I took their image with me into the house and sat down to relish the first real contradiction to my gloom in months. I dare not turn on the TV to MSNBC or to CNN and hear the bickering, the morose predictions of what to expect next from Paul Ryan and Mitch McConnell, the tweets fired off from Trump, the excuses made by Sean Spicer, the feeble justifications of Ivanka’s role in the West Wing, or of her husband Jared’s sudden ascent to imperial status. Weep, weep, the grim specter of Death is at our door. But I chose not to hear them today.

As I write this, I hear a robin singing on a branch just outside my study. He sings to no one in particular, or to a potential mate, or to ward off possible usurpers of his limb in a tree. It is a sound so thin, it could be a gold wire he stretches into the air for the joy of making a bit of sunlight appear in the overcast. The wind is the orchestra behind him. It sighs in the naked branches, and ruffles the delicate embroidery of the leaves from last summer. I’ve noted black ants on the window sill, a sign that the common laborers of the season are awake, ready to feed their queen in the depths of the earth. The sky is full of fractured clouds, like ice floes drifting down from the north. Little seams of pure blue line the clouds like the placid waters of a lake. Spring is coming. It is held back by the strange eruptions of cold air coming from the west. Each time there is a thaw in the air, nature begins to stir, and then is put back to sleep by an unexpected snowstorm.

I am reminded of my mother many years ago, when I was a child playing by myself in the living room and she was upstairs taking her afternoon nap. The house was as cold and silent as a tomb while she slept. If the bed springs creaked, I could feel it in the bones of my wrist. It meant she would make tea and we would sit in the little kitchen of our row house and nibble on cookies and not talk. It was her company that made me happy. It was her kindness that smoothed away the darkness of late winter from the windows, and made the gray stones of the cemetery across the street seem more like the foundations of some palace about to be erected, full of light and music. I could endure any amount of sorrow in such afternoons if she sat across from me and let the air remain an unwritten poem between us.

I feel the will of nature on my skin, as if its hand touched me gently and reassured me that there would be a slow, erratic burst of life soon, that it was coming over the hills to the west of me. I could see the purple gauntness of hilltops where the trees had withered up and feel the grass growing there, and know that robins had dropped seeds of some wild flower from their dung. The great meshwork of life’s energy was pulsing like a vein all around me.

Meanwhile, I hear that the Senate will abolish the filibuster and institute the hated simple majority rule that will spread the disease of partisanship from that august house of law into the Supreme Court. The art of compromise will die like a hillside of snowdrops and daffodils, like a forest of robins suddenly gone silent by the terrifying moan of a power saw cutting away at the roots of our faith.

I know the bears are waking up in their dens, yawning to get the blood flowing again, feeling the ache of a winter-long famine scraping the walls of their stomachs. Outside, in the silver gray air of an impending rain, are the old beehives hanging in a notch of a limb, which will feed them a first breakfast. Homeless men are walking out of the rescue missions with their belongings wrapped up in an old overcoat, headed down to the river banks to warm their hands over a small fire. They will have the company of other men and even a few women who have been pushed out into the blind air and allowed to fall to the bottom of the world. They will pass along a joint, a can of beer, the meager surplus of charity that binds them together.

The snowdrops know nothing of my words. I have no way to sing to them that they could understand. I only know the reed I blow into, figuratively speaking, awakes my own dull spirit, as I give thanks. I’m going out to the side yard in a moment to observe the literature of joy, the library of saintly wisdom as it trembles there in the delicate breeze. I am of no time nor place, a man growing older in the eternal moment, which could as easily be the tarnished gold of the Italian Renaissance, or the rumblings of the Reformation, or the thunder of the Machine Age. I could be anywhere and thrill at the appearance of snowdrops as a balm to my pain. And everyone across history would understand me and feel the tears of gratitude on their cheeks. 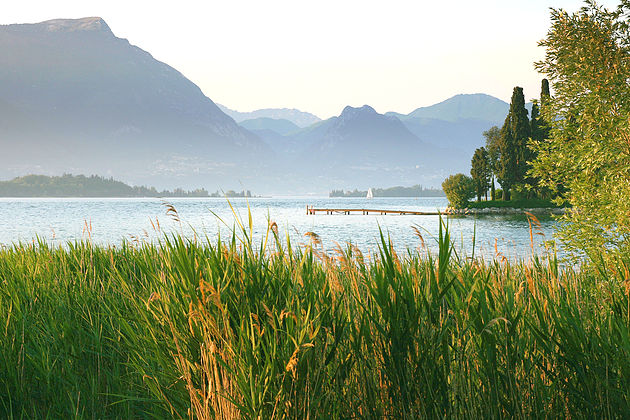 One comment on “Paul Christensen: In Praise of Spring”

This entry was posted on April 19, 2017 by Vox Populi in Environmentalism, Personal Essays, Poetry, Social Justice and tagged In Praise of Spring, Paul Christensen, sick of politics.