Eva-Maria Simms: To be lovestruck, not colorblind

In his Foreword to Michelle Alexander’s book The New Jim Crow: Mass Incarceration in the Age of Colorblindness, Cornel West challenges the idea of colorblindness as the driving force for overcoming racism in the US. He appeals to a little cited phrase by Martin Luther King that calls us to be “lovestruck, not colorblind” toward each other. West explains:  “To be lovestruck is to care, to have deep compassion, and to be concerned for each and every individual, including the poor and vulnerable.”

He goes on to describe the new social movement, led by Black Lives Matter, which seeks true justice and reform of prisons and other legal, government, and cultural institutions on behalf of our African American fellow citizens. This movement, according to West, is a sign of a democratic awakening that says we do care, that the racial caste system must be dismantled, that we need a revolution in our warped priorities, a transfer of power from oligarchs to the people—and that we are willing to live and die to make it so.

I fully agree with Cornel West, but I want to point out that there are two strategies which together can lead to a large scale cultural change. The first is a philosophy and practice of love; and the second is a courageous challenge of structural racism in all its insidious forms.

I speak here as a white woman who has had the privilege of working with African American activists and community leaders in Pittsburgh. Until I read West’s foreword, and followed it up with reading Martin Luther King’s sermon Loving Your Enemies, I felt a strange tension in my life: how can I be so welcomed and even loved by people of color after all that white people have done to them? If I am supposed to be color-blind, how can I speak about the profound sense of love and ease I feel in the company of most African American people, be they the young men who nod to me on the street when I make eye contact or the lady with her walker in the chiropractor’s office who tells me about her passion for butter — which I share. How can I speak about the deep relief I feel when I come back from my native Germany to the Philadelphia airport and find myself in the company of Americans of color, rather than the purely white company of my old German neighborhood? I am so glad to hear the lilt of dialect! How can I feel comfortable in my mostly white Pittsburgh neighborhood after interviewing African American boys and girls about their difficult lives? I look at all the paleness and restraint in the white faces of my neighbors and feel so sad for America. I am lovestruck for African American people because to me they bring warmth and depth and intelligence and resourcefulness and courage, as well as a great capacity for suffering and forgiveness. A strange shift has happened in me recently: when I look at a mugshot of an African American man I see an individual face and a life with burdens to bear — no longer a cardboard cutout, no longer a depersonalized racial stereotype. Perhaps that was what Dr. King meant by “lovestruck” when he spoke of agape in Loving Your Enemies:

The Greek language comes out with another word for love. It is the word agape. And agape is more than eros; agape is more than philia; agape is something of the understanding, creative, redemptive goodwill for all men. It is a love that seeks nothing in return. It is an overflowing love; it’s what theologians would call the love of God working in the lives of men. And when you rise to love on this level, you begin to love men, not because they are likeable, but because God loves them. You look at every man, and you love him because you know God loves him. And he might be the worst person you’ve ever seen.

I am not blind to the violence, abuse, and harshness that characterize the lives of many poor African Americans – after all, as a community psychologist, I study violence and resilience. And this leads me to the second strategy — the challenge of structural racism. I’m not going to explore this issue at length here because many others, such as Cornel West in his brilliant book Race Matters, have thoroughly covered this territory. However, I will say that as a white, educated, professional woman I am who I am, but I also can become aware of my privilege and power. Privilege and power can be put to use in researching and challenging the institutions and cultural structures that have cemented racism in my neighborhood, my city, my country. Privilege and power can change its priorities and learn to serve and follow the lead of African Americans. Privilege and power can stand in solidarity in political action with others who fight for the good, be it civil rights, gender rights, environmental justice, prison reform or local initiatives for equity and justice. My time and strength, however, are limited, and I have to choose my battles.

And I choose to stand where love has struck me. 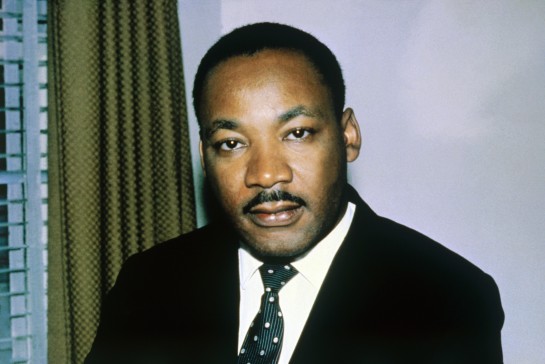 5 comments on “Eva-Maria Simms: To be lovestruck, not colorblind”