Leon Redbone and Zooey Deschanel have fun covering this American classic written by Frank Loesser in 1944. Although a perennial holiday favorite, the song has become controversial in recent years.

The lyrics in this duet are designed to be heard as a conversation between two people, identified as “mouse” and “wolf” on the printed score; they have returned to the wolf’s home after a date, and the mouse has decided it’s time to go home, but the wolf flirtatiously invites the mouse to stay because the hour is late and “it’s cold outside.” The mouse wants to stay and enjoy herself, but feels obligated to return home, worried what family and neighbors will think if she stays. Every line in the song features a statement from the mouse followed by a response from the wolf.

Because the lyrics may seem a little creepy to listeners today, contemporary musicians have updated the lyrics to make the song about sexual consent, rather than possible date-rape.

However, music historian Thomas Riis says the now-controversial line, “Say, what’s in this drink?” came across differently in its original context. “Nowadays we see that and we go, ‘Oh, my gosh, this is date rape! He’s putting something in the drink!’ ” But at the time, the phrase was simply about having a drink.

In the 1940s, it could be seen as scandalous for an unmarried woman to be alone, drinking with a man — much less staying the night. So it’s not that the woman in the song doesn’t want to stay — it’s that she doesn’t want to be judged for it. Riis says the song shows a woman debating her options, wondering whether she should risk ruining her reputation by staying the night.

In the end, Riis says, the woman makes a strong statement by making the decision for herself. “In a sense, it’s, ‘I can do what I doggone please. I’m a modern woman,’ ” he says.

Despite the continuing popularity of the song, a number of radio stations have banned it in the U.S. and Canada because in the #metoo era, it seems… well, kind of rapey.

In any case, here are the original lyrics:

This evening has been (been hoping that you’d drop in)
So very nice (I’ll hold your hands, they’re just like ice)

My mother will start to worry (beautiful, what’s your hurry?)
My father will be pacing the floor (listen to the fireplace roar)

So really I’d better scurry (beautiful, please don’t hurry)
But maybe just a half a drink more (put some records on while I pour)

The neighbors might think (baby, it’s bad out there)
Say what’s in this drink? (no cabs to be had out there)

I wish I knew how (your eyes are like starlight now)
To break this spell (I’ll take your hat, your hair looks swell)

I ought to say, no, no, no sir (mind if I move in closer?)
At least I’m gonna say that I tried (what’s the sense in hurtin’ my pride?)

I’ve gotta get home (but baby, you’d freeze out there)
Say, lend me a coat (it’s up to your knees out there)

You’ve really been grand (I thrill when you touch my hand)
But don’t you see? (how can you do this thing to me?)

This post was written and compiled by Michael Simms. 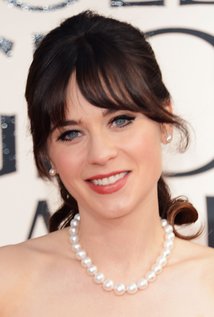