Greg Thielen: Trump and the Rapture

This holiday season, when the RNC sent out their most thoughtful Christmas message to the Christian contingency of our country, in which the party encouraged them to celebrate their “new King”, I told a Republican co-worker of mine that I thought the sentiments to be truly strange and, perhaps, even a little frightening. According to my proud-he-can-say-“Merry Christmas”-again-friend, I took the message “wrong”, and that I was “insane”. Perhaps he is right. I have never put a whole lot of trust in my own sanity, and this past year I have especially found myself questioning reality on so many different levels. And yet, as the ghosts of Christmas’ past haunted me this past week, I am reminded again, ironically, of how all of my clear-minded, right-thinking fellows, eight years ago, along with the media outlets they were reading, watching, or listening to, were saying that the newly elected, first African American president, was the antiChrist of Christian folklore; the Beast himself.

I remember, as I sat there eight years ago, listening to one of these “friends”, consciously trying to keep my jaw from dropping, silently screaming at myself not to insult this acquaintance, calling him crazy or insane, or asking him if he was alright, or if he needed to see a doctor, but, instead, to be silent, listen, and THEN go home and tell anyone in my corner about my conversation with the right wing lunatic. However, I have to confess, I hate to tell on myself, but I still kept an open mind regarding my friend’s concern because, after all, there were millions of others who were in his corner, warning anyone willing to listen, how the newly elected president was Lucifer incarnate, that they heard it on the radio, that they read it in a respectable periodical (this was eight years ago, before the media was rigged) by respectable journalists. Millions. So, as insane as I thought they were, I kept an open mind.

Now that the year is turning and a new leader will be living in the White House, I am reminded again of the right’s worries and fears regarding our nation’s first ever African American president. During his eight years as president, I didn’t see anything too much out of the ordinary that would make one see him as Satan; no signs or symptoms of a beast publicly mocking and humiliating those with disabilities; no monster grabbing women by their genitals and then bragging about it to those in the media; no warm embrace of totalitarian regimes or alternative right Nazi groups. Nothing. As a matter of fact, he was the one who took down the evil one behind the 911 attacks, Osama Bin Ladin.

I also have been pondering the religious stories behind my friends’ concerns. I was raised Catholic, and spent two years in a seminary where I studied and learned just enough theology to scare the hell out of me and get me into some trouble. For example, I have been thinking about the Beast again. I remember being taught that, before the Book of Revelation’s beast appears, the rapture must happen. And now, I find myself questioning my sanity, just in the way I questioned my friends’ when they thought President Obama could be the beast, because if there ever was a time when we could say the rapture happened in history, the year 2016 certainly would qualify as that time. Think about all of the memorial videos dedicated to those who have left us over the last year. Now, when you watch these memorials, remember the scriptures where Jesus says things like “the last shall be first, and the first shall be last”. Those kind of words really pissed off those at the time who thought they were “the first”, the one percent. I imagine the following bright lights of humanity, in another dimension, wiping their foreheads in relief, and then weeping for those who were “left behind” to suffer the tortures of the Beast: David Bowie; Prince; George Michael; John Glenn shooting off into the ether with his buddy, Edgar Mitchell, the sixth man to walk on the moon (if you believe in that moon-walk thing); Mohammad Ali; the shining star of Earth Wind and Fire, Maurice White; Leonard Cohen humming his hallelujahs; Bill Cunningham shooting his photos; Harper Lee carefully caressing her mockingbirds; Morley Safer and Gwen Ifill, shedding tears for the ugly appearance of “fake news”; Elie Wiesel, finally reunited with his father; Richard Adams with his talking fuzzy bunnies from Watership Down; Alan Rickman and Gene Wilder the Candy Man; everyone’s mother, Florence Henderson; the queen of our galaxy, Carrie Fisher, along with her little hologram projecting friend, R2-D2, Kenny Baker; and last, but most ironically, Timothy La Haye, the author of the “Left Behind” series.

And now, for what we, the left behind, can expect after such a loss-filled year. Let’s look at quotes from the Book of Revelation, that biblical text from which the evangelicals learned of the signs regarding the coming of the beast, Obama. Most description of the beast is found in chapter thirteen. I was first taken by the second verse, “The beast was like a leopard”. It was right then that I realized that my right winged friend is right; I am insane. My thoughts run like those I mocked eight years ago. I thought of the Trump from 1989, when he first started fielding questions about running for president. I remember him saying that if he were to run, he would run as a Republican because “They’re the dumbest group of voters in the country. They will believe anything on Fox News. I could lie and they’d still eat it up”. I remember his boast, “I have a really high I.Q. I mean, come on. It’s impossible for me not to be an atheist”. I remembered the ancient saying that we, as a species, have probably said since we were able to form the words into a sentence; “Leopards never change their spots”. The description goes on to say that the beast’s mouth “was like the mouth of a lion”. Again, sounds a little familiar. You know those old “King of the Jungle” stereotypes. The loud roar. The insatiable devouring. The pride of females. The batting away of cubs when they try to wake him from his slumber. Uncle Scar.

Then the bats really start flying in my belfry when I read, in verse three, “Fascinated, the whole world followed after the beast”. Guilty. It was so entertaining for me, in a train-wreck-slash-film kind of way, to watch the beast’s candidacy. And it was for you. And everyone in every area and genre of media. We followed. Fascinated. Not really asking the questions that needed to be asked. It was reality television. I mean, come on, it’s the beast!

Verse four goes on to say that the people “worshipped the beast”. Remember that woman at one of his rallies who so proudly threw up her arm in a Hail Hitler sort of way? I do.

Last, but certainly not in the least, verse five states that “The beast was given a mouth uttering proud boasts and blasphemies, and it was given authority to act for forty-two months”. Forty-two months. Three and a half years. Plus or minus a lame duck six months.

Yes, I am insane. There are days when I find myself driving outside the state hospital, forcing myself not to pull into the parking lot; not to check myself in as a patient. But there are fragments of sanity as well. Small points of light. Like the one I had yesterday when I realized that President Barack Hussein Obama’s eight years came and went, and we are still here. Left behind, yes, but still here. 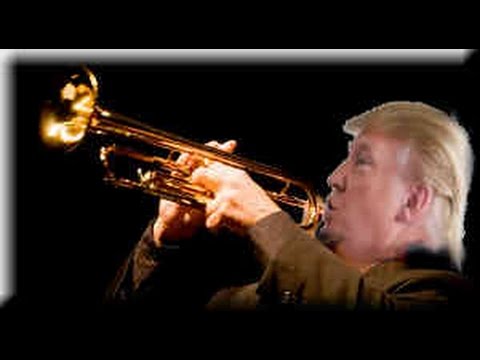