This ten-minute clip is taken from Dreams, a feature-length series of eight sketches by Akira Kurosawa released in 1990. Martin Scorsese, sporting a red beard and an unmistakable New York accent, appears as Vincent van Gogh, beady-eyed and intense, his head newly bandaged. Van Gogh explains the bandage to the young Japanese artist who has somehow managed to invade the world of van Gogh’s paintings, entering just down-river from the bridge at Arles: ”Yesterday I was trying to do a self-portrait, but the ear kept getting in the way.”

“Crows” features Prelude No. 15 in D-flat major (“Raindrop”) by Chopin. 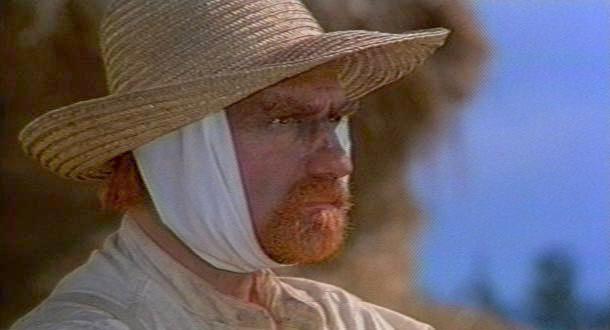