A blend of green and orange fluid poured out of two-year old Clara’s mouth in a constant stream, puddling on the recently-shampooed carpet. Like an oil slick. She’d been pocketing M&Ms in her cheeks, and the drool escaped her lips as she bent over to pet the dog.

Luckily, it missed the dog.

Stifling a gag reflex (and swearing off M&Ms forever), I ran to get a dry paper towel. After briefly blotting it, the discoloration was hardly noticeable against the Berber’s own variegated colors.

I then called for a wet sponge, which Clara’s Uncle Jim thought unnecessary: “No need. You can’t see it anymore.”

“That doesn’t mean it’s not there,” I replied haughtily, continuing my clean-up mission. Despite my best efforts, faint green and orange hues remained.

A few days later, I spilled bright red salsa on a friend’s brand new beige carpeting. (A karmic lesson, I’m sure.) He wasn’t home at the time and, fortunately, through the application of lethal carpet-cleaning chemicals, the salsa stain was removed with nary a trace.

I haven’t told him about the spill for fear that, if I do, he’ll go looking for a stain. And then he’ll find one because it’s not totally gone – stains seldom are completely eradicated. But if he doesn’t know it happened, I reason, he won’t notice that slight pink discoloration right in front of the flat screen TV.

Except . . . I know it’s there. My eyes are drawn to it every time I visit. I’ll always be able to see the exact spot where that spill occurred. Because once you know, you can’t not know.

Some stains are permanent.

Just because you don’t readily see a stain, doesn’t mean it’s gone. That the insidious bacteria from the spill won’t grow.

Just because something got cleaned up, doesn’t mean it never happened.

Where am I going with this? To the stain that Donald Trump’s candidacy has left on our democratic process, on statesmanship, on civil discourse, on critical thinking. On the decorum that should befit the Office of President of the United States.

On my hopes and dreams that the United States could truly be that promised kinder, gentler nation someday.

Close to clinching his party’s nomination, Trump is now trying to re-invent himself to appeal to the general electorate. But he has spilled his entrails all over the globe, and the stain on the American image and psyche remain. The discoloration won’t go away.

Sometimes it resembles purple and green bruises, notably on women and minorities.

And like the persistent nature of stains, just because some people can overlook or justify Trump’s disgraceful behavior, doesn’t mean it isn’t happening. It doesn’t mean that the microbes of intolerance aren’t growing in the American petri dish.

Just because his handlers can now get him to occasionally read from notes to avoid slipping into his more natural off-the-cuff hate speech doesn’t mean he didn’t make those vicious comments before and won’t again.

Just because he’s supposedly cleaning up his act to be more acceptable to moderate voters doesn’t mean he isn’t still the misogynistic, narcissistic, ignorant, dangerous hater that he revealed himself to be in the primaries. That’s his brand.

Just because Republicans are dramatically lowering their standards to fall in line with their party doesn’t mean Trump wouldn’t be a domestic and international disaster as POTUS.

Because even if a stain blends in with the background, it’s still a stain.

Even if you clean up a stain, discoloration typically remains.

Some stains are permanent.

Donald Trump is a stain that cannot be cleaned up.

The carpet must be replaced.

Because little Clara deserves to grow up in a country where compassion, justice, and civility are woven into its very fiber. We must offer her at least that. And, of course, a few brightly colored chocolates. 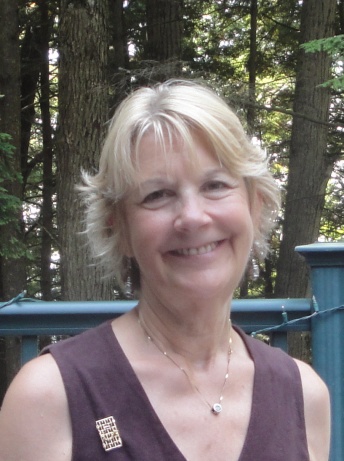 6 comments on “Patricia A. Nugent: Stains”