I drove to Hamilton, N.Y., last December to take part in the funeral service for the Rev. Coleman Brown. Coleman, who had taught at Colgate University, had the most profound impact of all my teachers on my education. I took seven courses as an undergraduate in religion. He taught six of them. But his teaching extended far beyond the classroom. The classroom was where he lit the spark.

He was brilliant and slightly eccentric. Concerned one winter day that the heating system in Lawrence Hall was making us students too comfortable and complacent, he opened the windows, sending blasts of snow into the room as we sat huddled in our jackets. He had a habit of repeatedly circling words on the blackboard with chalk, leaving behind series of massive white rings and faint white streaks on his face (he repeatedly ran his index and middle fingers down his cheek as he spoke). His worn tweed coats seemed to always have a soft coating of chalk dust.

He was loved, often adored, by most of his students, whom he looked upon as an extended family. His office hours were packed. He regularly brought groups of students home for meals and evenings with him and his wife, Irene, and their four children. Three decades later, some of the most vivid memories I have of Colgate are of doggedly following him out of the classroom to continue the conversation he had begun in class, of meeting him weekly in his office, of listening to his sermons on Sunday mornings in the chapel, of dinners at his house and, finally, after my graduation, of bursting into tears in front of my parents as I said goodbye to him.

I wanted to learn. Coleman wanted to teach. And my education—my real education—is not discernable from my college transcript. Coleman and I met late Friday afternoons each week in his book-lined office. There and in class he introduced me to the theologians Reinhold Niebuhr, Paul Tillich, William Stringfellow and Daniel Berrigan. I devoured the books he gave me, especially Niebuhr’s “Moral Man and Immoral Society,” which I read and reread. He gave me poems by John Donne, W.H. Auden and T.S. Eliot. He taught me the importance of C.S. Lewis and Fyodor Dostoevsky. I read “The Brothers Karamazov” twice in college because of Coleman, although the novel was never taught in any of my classes.

Coleman would read poems and cherished prose passages out loud as I met with him in his office. It was about the musicality of language. His sonorous voice rose and dipped with intonations and emphasis. To this day I still hear his recitation in pieces of writing and poems. He understood, as Philip Pullman writes, that “the sound is part of the meaning, and that part only comes alive when you speak it,” that even if you do not at first understand the poem “you’re far closer to the poem than someone who sits in silence looking up meanings and references and making assiduous notes.” Coleman had open disdain for New Criticism, the evisceration of texts into sterile pieces of pedantry that fled from the mysterious, sacred forces that great writers struggle to articulate. You had to love great writing before you attempted to analyze it. You had to be moved and inspired by it. You had to be captured by the human imagination. He once told me he had just reread “King Lear.” I recited a litany of freshly minted undergraduate criticism, talking about subplots, themes of blindness and the nature of power. He listened impassively. “Well,” he said when I had finished. “I don’t know anything about that. I only know it made me a better person and a better father.” [continue reading} 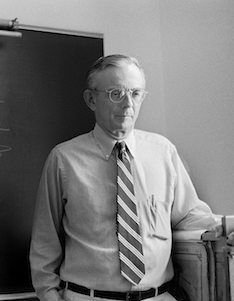