Video: An Apology to Every Single American

First published by VICE News on Jul 8, 2015:
When al Qaeda terrorists attacked the World Trade Center and the Pentagon on September 11, 2001, Michael Morell was with President George W. Bush at an elementary school in Florida as the CIA’s daily briefer. The events that unfolded on that fateful day are just some of the many national security disasters that Morell, the former acting director of the CIA, has been at the center of since 9/11. The veteran intelligence official has spent much of his 30-year career out of the public eye, but he’s stepping out of the shadows to talk about his new book The Great War of Our Time: The CIA’s Fight Against Terrorism — From al Qa’ida to ISIS. VICE News met with Morell at the Richard Nixon Library in Yorba Linda, California, and spoke with him about the Iraq war, the CIA’s “enhanced interrogation” program, and what he refers to as “the new era of terrorism.” In this excerpt, Morell admits that the intelligence the CIA produced about Saddam Hussein’s nuclear intentions, which paved the way to war, was flawed. Morell is one of the first CIA officials to come clean about this fact, and to apologize for getting the intelligence wrong.

To see the extended interview with Michael Morell, click here. 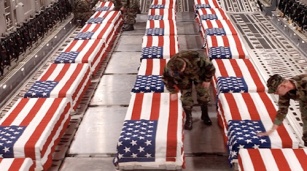